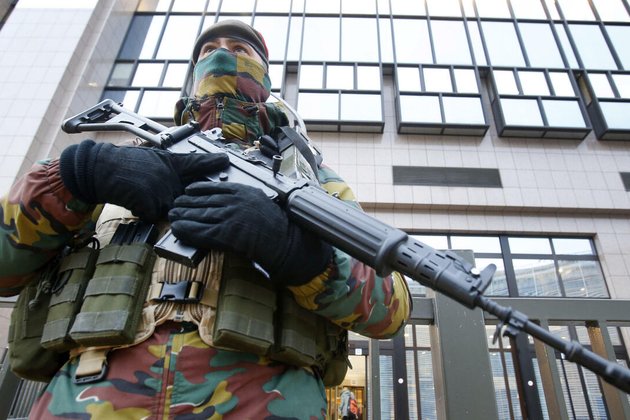 Belgian prosecutors said Tuesday they would not appeal the verdicts in the cases of 14 Belgium-based suspects accused of providing support for the November 2015 jihadist attacks in Paris.

The decision confirms the judgements in the Belgian case, running in parallel to a French trial, despite four acquittals and the sentences of those convicted falling short of those requested by prosecutors.

More than 130 people were killed in the 2015 bomb and gun attacks on Parisian crowds outside a football stadium, in bars and a nightclub.

The sole surviving attacker, 32-year-old Frenchman Salah Abdeslam, has been sentenced to life imprisonment by French authorities, but some of the group's backers were in Belgium.

On 30 June, a Belgian court gave Abid Aberkane a three-year suspended sentence for having housed Abdeslam in Brussels while he was on the run following the Paris attacks.

Abdoullah Courkzine, who was involved in helping one of the attackers flee the Saint-Denis suburb north of Paris after the attacks, received a 30-month suspended sentence.

Soufien Al Aroub, a friend of Ahmed Dahmani who was sentenced to 30 years' imprisonment in the Paris trial was jailed for 18 months - the custodial sentence imposed because of prior convictions.

Four more defendants were acquitted, one was jailed for only 35 days and another given community service.

The defence was satisfied with the verdicts. Aberkane's lawyer described his suspended sentence as "a fair decision, very appropriate"