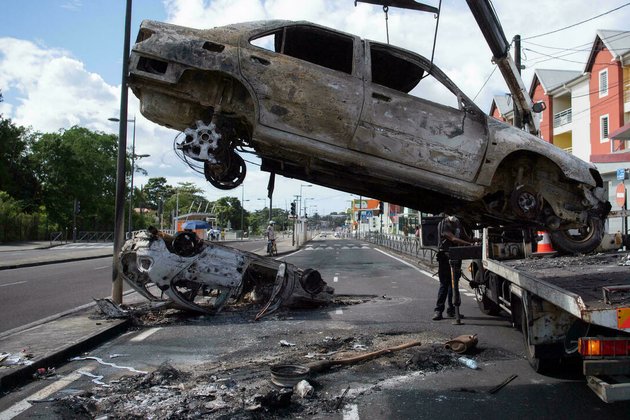 Fires break out as Covid-19 unrest spreads through French Caribbean

France Info published a video of protesters targeting a shopping centre and running away with goods, as well as videos of demonstrators setting up burning barricades on roads.

France's Caribbean islands of Martinique and Guadeloupe have been hit by unrest over the last week due to anger over Covid-19 protocol measures, such as moves to ramp up vaccinations on the islands.

Security forces and firefighters have reported coming under fire in Martinique where a general strike got under way on Monday, a week after a similar shutdown began in Guadeloupe. There have been no reports of casualties.

Petrol bombs were meanwhile hurled at police in Basse-Terre, the main city in Guadeloupe where some 90 people have been arrested in recent days, prosecutors said.

Barricades made of taxis or tyres have now also been set up on main highways in Martinique and they remain in place in Guadeloupe where a meeting Monday chaired by Prime Minister Jean Castex failed to dampen anger.

The Caribbean islands, known as the Antilles, are struggling with a new wave of coronavirus infections that is causing lockdowns and flight cancellations and overwhelming hospitals, just as tourism was beginning to show signs of recovery.

Compulsory vaccination has fanned longstanding grievances in the territories that are popular with moneyed tourists but where poverty levels are far higher than in mainland France.

Vaccination rates in the territories trail those on the mainland with less than half the population jabbed against Covid-19 on Guadeloupe.

The protests mark a test for the government of President Emmanuel Macron who has made much of the global footprint given to France by overseas territories that span the Caribbean to the Pacific via the Indian Ocean.

Macron said earlier this week that the crisis was "explosive" but vowed that the government would "not give in to lies, distorting of information and the exploitation by some people of this situation".

The unrest comes at a sensitive moment in France's governance of its overseas territories, ahead of a third and final referendum later this month offering people in the Pacific territory of New Caledonia a vote on independence.

Pro-independence forces have vowed to boycott the December 12 vote, setting up possible tensions in the aftermath of the ballot. 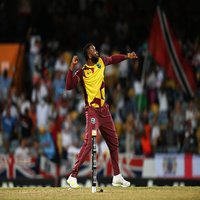