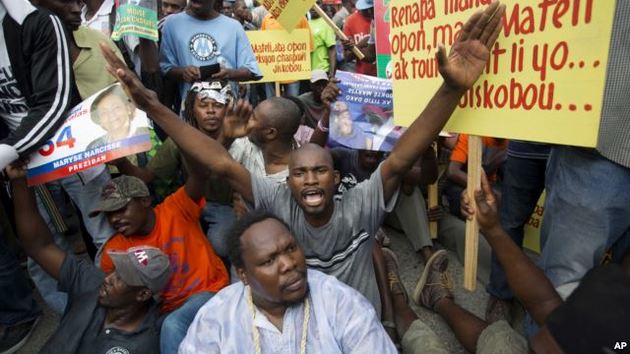 An independent panel has concluded that Haiti's president and parliamentary elections in October were marred by irregularities.

Problems included ballots where the votes were crossed out, miscounting, and discrepancies in voter identification.

Allegations of fraud led to street protests that forced officials to cancel the second round of voting last month.

It is unclear when the runoff will be held, but Haiti's constitution calls for a new president to take office by February 7.

The pro-government candidate Jovenel Moise won the first round, followed by Celestin, in a field of more than 50 candidates.

Haiti has been struggling for decades to put together a stable government and society vital in attracting badly needed investment.

Corruption, violence, and a devastating 2010 earthquake have thwarted Haiti's efforts to build a thriving country.